Published on September 13, 2014, by RyanMSutton in Hardware, Scorpion. 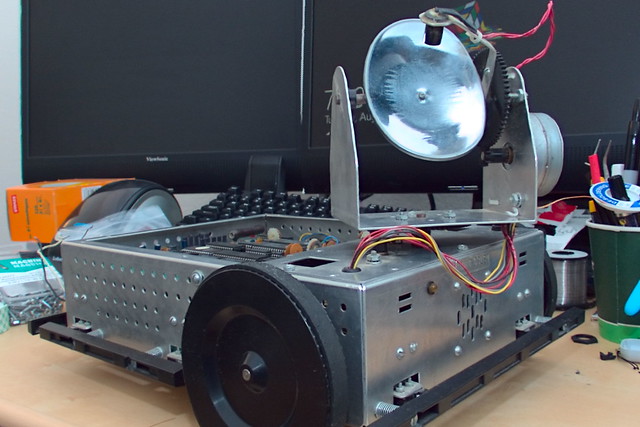 I’ve had this Scorpion robot platform for a long time.  It was given to me by my uncle in the early to mid 1990’s is my best guess.  The kit was made by Rhino Robots in 1984.  From what I can tell they are still around though do not produce the Scorpion anymore. 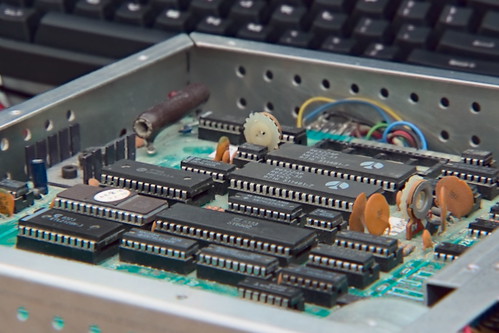 The Scorpion was built around a Motorola 6502 controller, with the motor control offloaded to dedicated stepper drivers.  Since it was designed from the beginning to be a research tool, the motors, bumpers, lights, and sensors are completely separate from the processor board.  For this reason its very easy to add whatever processor board you want.  In the past I’ve built boards from some of the early Atmel 8-bit processors ( the AT90S1200 comes to mind ).  Later on I had an arduino board. 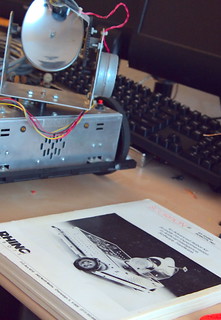 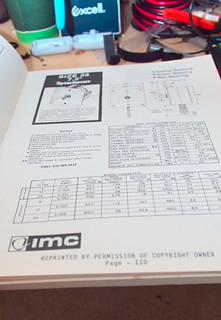 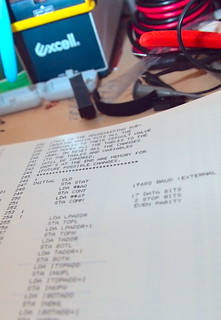 Since this was developed long before the internet was common place everything is in there.  Datasheets, code, lengthy descriptions on how every system interacts.  I don’t know of any manuals that even comes close to the detail in the Scorpion’s manual. 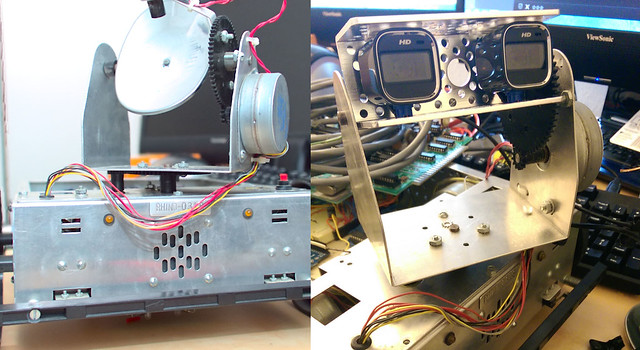 Recently I got introduced to the OpenCV project by a fellow member of Makers in Manchester and needed a platform to play with it on.  To that end I decided I should be able to adapt the Scorpion to work well with that.   I’ve already fitted some cameras to the spot where it originally had a single CdS cell for ‘image’ sensing.  The plan for processing is to run the cameras and vision and control through a Raspberry Pi and an atmega 1284p for the motor control.   Ultimately I would like to build a single board system though, more like the original robot used.  Would make a good project to learn how to design boards around the ARM chips I would likely need for the OpenCV system, and possibly intregrate the motor control onto that same chip.